The border is a dividing line between two realities, at the same time keeping them in touch. It holds and protects, limits the movements and urges to go further.

The BORDER is a dividing line between two realities, at the same time keeping them in touch. It holds and protects, limits the movements and urges to go further.

Contemporary Photography Contest 2nd edition, open to the participation of photographic works, published and not published by artists from all over the world. Photography is the ideal tool for expressing oneself creatively on issues concerning personal, social and present issues.

During their life, human beings find themselves crossing material and immaterial borderlines; the first is the moment of birth, then some other important borderlines are the transition from childhood to adolescence and to adulthood, marriage, becoming a parent, to the final: death.

Since ancient times these border crossings have been transformed into ritual functions and over time, despite having lost much of the religious significance, they have maintained a great social value and give us an idea of how important it was for man follow a path and overcome certain boundaries, in the order established by the common rules.

Even daily life is bordered by boundaries and articulated by simple rituals such as, for example, what separates the personal sphere from the working one. Often this step is preceded in a practical sense by a change of clothing or the marking of a badge that also attests legally the presence in the workplace, or all those situations in which we are forced to follow lines of behavior dictated by rules that make us facing forced passages or choices of profound change. In modern times, these boundaries are often experienced as a price to be paid to society, obligations that limit personal freedom.

The border is also understood as a threshold, a concept seen in the dynamic perspective of crossing, which at that moment becomes the place of creativity, of imagination. Only what we can not imagine has no borders nor, consequently, the possibility of crossing.

The thresholds we encounter in our life are passages that allow us to experience the middle ground, they are the place and the space where the meeting, the contact, the contamination are made easier, where art has its living space. They are places of interior research, which do not deny the boundaries but on the contrary they value diversities, the knowledge of them and the mutual respect.

Is it possible to live in a world without borders? Is it desirable? Is not our uniqueness dictated precisely by the presence of a boundary between "I am me" and "you are the other”? Is it not precisely in this borderland that the process of knowledge of the self and of the other takes place? Which force manages to thin the boundary line until it becomes crossable? Love? Determination? Curiosity? Life itself? What happens to the human soul when it crosses the boundary of reason, of decency, of endurance, of everything that we considered impossible? What is the boundary between imagination and image?

Is art a border to be overcome or a goal to reach?

These are just some of the questions we ask to the artists who decide to join ADG Photo Contest 2019, to ideally place them in front of a large map on which they can represent their concept of boundary: natural ones such as seas, large rivers, mountains or political ones that tell the story of peoples. They can represent the borders seen by those people forced to leave their country torn by war, driven by the dream of a better life or the actuality of those who live these migratory flows as a real invasion, producing fear, worry, hostility.

More than anything else we would like artists try to draw the most hidden, invisible boundaries that everyone has within themselves, those outdated, moved forward or transformed into a framework that protects and makes individuals unique.

ADG Photo Contest is a photographic award, founded in 2017 by AD Gallery to support photographers, Italian and foreign artists, who work creatively on themes concerning personal, social and current stories.

The curators representing the jury are looking for photos which may offer:

•     Affinity to the proposed theme

•     Contemporary approaches to the realization of images

The artist is invited to express himself on the theme "border" considering that the photographic art itself is an example of what the theme wants to deepen, as it succeeds with a shot to make the emotion of a moment strong while maintaining its delicate and subjective guise.

Abstract from its context, the captured moment continues to give an image of itself, to get in tune with our present moments and to create a point of contact between our visions and those of others.

"IN&OUT" dialogue with the artists

The aim of this project of Contemporary Photography is to create a meeting, during the opening night of the exhibition, between the artists and the public to give them the opportunity to talk about their photographic projects.

It is not intended as a technical or schematic explanation of their photographs and of the artistic project, but a moment of slowing down of time, of tasting.

In this way, the third dimension of words and emotions is going to be added to the two dimensions of the image.

In this way, their explanation becomes an element of further evaluation of the work and a direct involvement of the visitor in the Gallery. 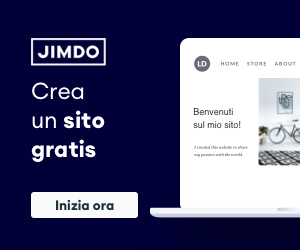